This GMM is significant as we are goi 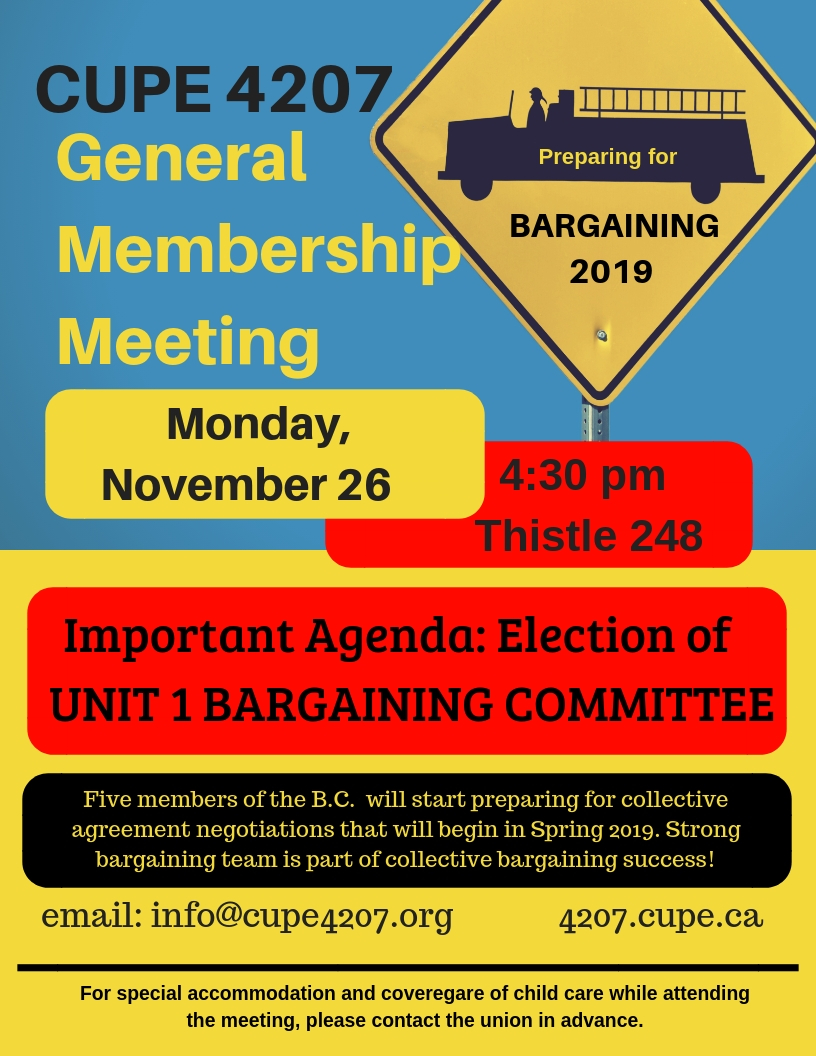 ng to elect five members to Unit 1 Bargaining Committee. This election is conducted nine months prior to our collective agreement expiry date (September 7, 2019).

Preparations for bargaining is a lengthy and labourious process that requires serious engagement of all members elected. After all, the language in our collective agreement (the contract negotiated between the union and the university for the next period) has serious bearing on the working conditions of the 1,000 members in Unit 1, and by extension also on members of Units 2 and 3. We know well that our working conditions both directly and indirectly affect students.

MUCH MORE TO BE INFORMED ABOUT, READ FURTHER!

A member running in the Bargaining Committee elections should be knowledgeable of the language in our current CA, be  fully committed to learning, and genuinely interested in the active process of winning a better contract language for the whole Unit 1 membership. For full bargaining committee description and responsibilities check out article 12 of our bylaws.

Do not worry, the elected members will be trained! Workshops are a mandatory part of being on the Bargaining Committee.

The Bargaining Committee meets at least once a month prior to actual negotiations with the employer that by labour law can begin 90 days before the CA expiry. Then the BC meets as situation demands as a committee and with the employer to negotiate, which can be several times a month. The BC is responsible for reporting to and takes directions from, the Executive Committee and the general membership.

How to run for the Bargaining Committee? There are several options:

When the nominated person is present , the member is required to state a short, two minute statement of intention to run.

There are two other committees directly related to bargaining that are created about the same time the BC members are elected.