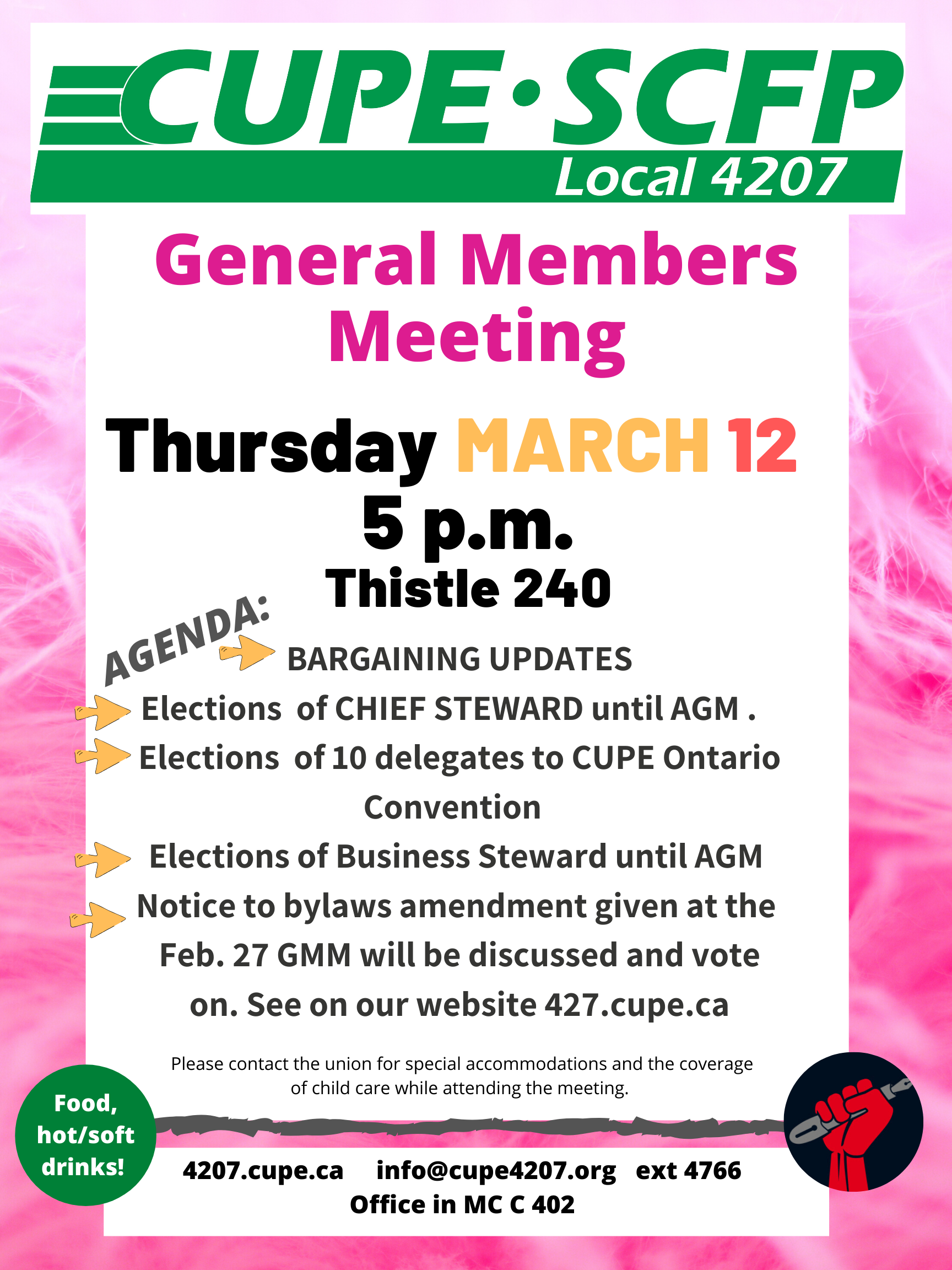 Apr
6
Mon
5:00 pm AGM – CANCELLED @ TBA
AGM – CANCELLED @ TBA
Apr 6 @ 5:00 pm – 7:30 pm
Due to the pandemic related measures of physical distancing our annual meeting has been postponed to an unknown date. We are working with our CUPE National rep to find appropriate virtual platform that would allow us to conduct complex elections in this meeting. Our bylaws stipulate that the local holds annual elections in April, but ... Read more...
Apr
9
Thu
4:30 pm Executive Committee meeting
Executive Committee meeting
Apr 9 @ 4:30 pm – 6:00 pm
The Executive Committee is meeting by Zoom. Executive meetings are open to all members in good standing. Please let us know if you would like to participate in the meeting by Zoom. info@cupe4207.org We would send you the information to join. You can download the app on phones or computer, or use via landline. Zoom ... Read more...
May
2
Sat
9:00 am CUPE School – CANCELLED @ Brock University, rooms TBA
CUPE School – CANCELLED @ Brock University, rooms TBA
May 2 @ 9:00 am – May 3 @ 12:00 pm
https://cupe.ca/mrm-union-education/event/3541 The School has been cancelled.
View Calendar
Add