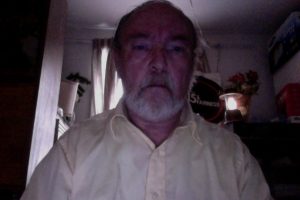 Congratulations to Ron! Many heartfelt thanks for your contributions to the membership and the community.

Robert (Ron) Walker joined the political science department almost 30 years ago, after the Charlottetown referendum in 1992 when he recognized the need to have a more comprehensive understanding of Canada’s political process that could only be acquired through completing an organized curriculum. Fortunately, he was able to register for Brock’s political science program through the assistance of the Chair at the time, Professor Bill Matheson. Professor Matheson helped Ron  transfer credits from his Sir George Williams University Science program in the 1960s  in order to apply to and meet the prerequisites for this program. He helped put Ron where he needed to be – advocating for his community.

Ron completed this program through part-time studies, acquiring his Honours BA with a paper on the democratic work of C.B. Macpherson. He also organized a student club called the Civic Responsibility Club to study the question of democratic renewal in Canada. He spent many years as a volunteer board member of Brock’s Ontario Public Interest Research Group, fulfilling their mantra of “research, education, and action”.

Ron began Brock’s Political Science MA program in 2006, being one of the last part-time students admitted to the program. He also became a Teaching Assistant and CUPE 4207 member at that time. As a CUPE 4207 member he participated in union/student committees that helped draft the “Consent is Necessary” policy and which helped create the Indigenous Solidarity Coalition.