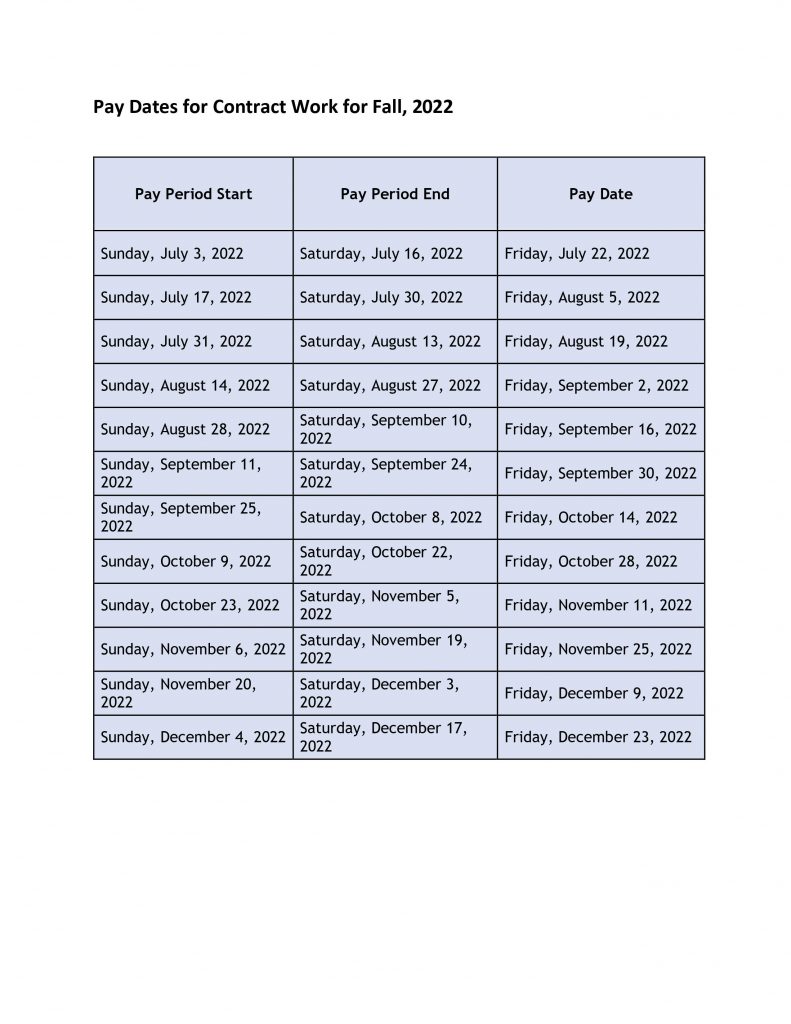 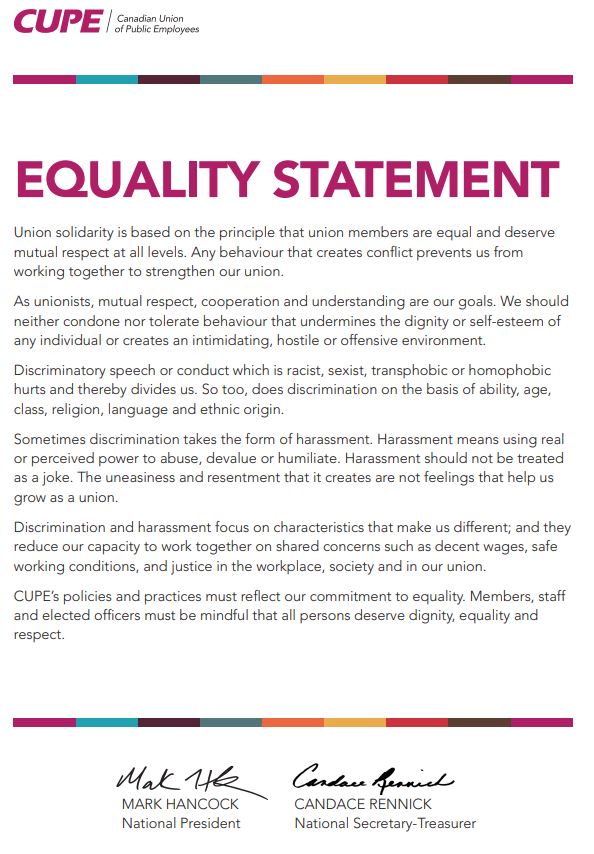 On behalf of CUPE 4207, I would like to begin by acknowledging and honouring the ancestors of those on whose traditional lands we gather today. Brock University is located on the traditional beaver hunting grounds; a shared territory of the Anishnaabe (Aw-nishi-naw-bay), Haudenosaunee (Haw-den-oh-show-nee), and other nations. Today, we welcome and acknowledge all Indigenous Peoples who have joined us including First Nation, Métis, and Inuit, and we also welcome members of settler society.

According to article 16.01 (e) of Unit 1 Collective Agreement, “a seniority list shall be maintained by the Human Resources Department and shall be updated three times per year, in June, October and February.”

In article 16.03 (b) and (c) of the Unit 2 Collective Agreement, seniority list is to be forwarded by the employer to the union every year on May 1st.

In Unit 3 Collective Agreement, article 16.03 (b) and (c), seniority list shall be updated and forwarded to the union on June 1st and November 1st of each year.

Attention all CUPE 4207 members, this is a friendly reminder from your Health and Safety Officers to report fires, or the potential for fire, immediately to EMERGENCY SERVICES – 911 – to ensure response and then Campus Security Ext. 3200.

Campus Security Services staff provide security services, including answering and responding to emergency calls 24 hours, 7 days a week  and can be reached at any time at Ext. 3200. Their administrative lines are not 24 hours/day.

This warning comes in light of recent high temperatures and an incident report regarding a smouldering fire in front of the ESL building in May. Areas specifically at risk for fire are designated smoking sections and surrounding areas, landscaping areas with wood-based mulch, and/or areas with dry grass.

The St. Catharines Fire Chief Dave Wood has recently warned residents that throwing away a lit cigarette may result in starting a fire. We urge all members to be conscious of high risk areas and to report any potential fire activity to 911 AND Campus Security Ext. 3200. Please ensure you follow up with your supervisor after contacting Campus Security and fill out an Incident Report Form.

If you have any questions please contact your CUPE 4207 Health and Safety Officers.

The health and safety training is mandatory by law (a regulation in the Ontario Occupational Health and Safety Act). The workers must be paid for the time spent in the training. Brock provides and pays for the training online.

CUPE 4207 members are educators and need to complete three modules.

Returning members should have already completed the training. If you haven’t, you should do it soon.

The training is mandatory and is therefore Paid Training for Unit 1 members (2.5 hours in total). This is in addition to your Unit 1 contract(s).

To get paid for the training modules, send proof of completion to the Admin Assistant of the Department where you work.

Important to note: Your department must create a separate contract aside of the one you have signed for teaching.

Here is a short slide-format information on the role of the labour union at our workplace. It includes information on our Health and Safety Committee and the mandatory health and safety training.

Workplace H&S Qs and As

Members in the Sciences:

CUPE 4207 understands our role as academic contract workers in Calls to Action and Reconciliation. We are committed to learning, understanding and incorporating the Indigenization of Brock University.

A Message from your Equity Committee:

My name is Dr. Tracy Kennedy; I am the Outreach Officer for CUPE 4207 and member of our Equity Committee. I have taken the lead on tackling issues and challenges that Indigenous, Métis, and Inuit Peoples face, and created several incentives and events during September that raise awareness and speak to our roles and responsibilities for Calls to Action as academic contract workers.

At the September GMM, I gave a short presentation to CUPE 4207 Members called: “CUPE 4207 & the Indigenization of Post-Secondary Education”. I offered my insights and experiences that tackle questions, such as: What role do academic labour unions play in reconciliation with Indigenous, Métis, and Inuit Peoples? How can CUPE 4207 members incorporate Calls to Action into their work practices –  lectures, assignments, seminars, lab demonstrations, office spaces and student interactions?

Here are the slides for my talk: CUPE 4207 & the Indigenization of Post-Secondary Education

On Tues, Sept 21st, we hosted Kelly Fran Davis. This event was open to the Brock community: Indigenous Education & Enlightenment in Academia
Please join Kelly Fran Davis for a virtual presentation and workshop on Tuesday, September 21st from 5-7pm. Kelly will talk about foundational principles for Indigenization, understanding Indigenous Pedagogy from a Haudenosaunee woman’s perspective, and why we need to decolonize colonial institutions for effective Reconciliation. After the presentation, the group will engage in discussion and reflection about the content, ways we can move forward, and how we can implement this pedagogical framework into our academic work at Brock University.

Truth and Reconciliation Commission of Canada: Calls to Action

Origins of the Haudenosaunee (Iroquois) Confederacy

Indigenization as inclusion, reconciliation, and decolonization: navigating the different visions for indigenizing the Canadian Academy – Adam Gaudry and Danielle Lorenz

Walking the talk: A practical guide to reconciliation for CUPE locals | Canadian Union of Public Employees

Bargaining Language for the National Day for Truth and Reconciliation

You can use this handy AOH form (created by Darrin Sunstrum) to calculate your work tasks.  https://4207.cupe.ca/files/2019/10/Excel-Allocation-of-Hours-Form-CUPE-4207.xlsx

Our bylaws outline how our democratic structure works.

CUPE Constitution
Membership Oath on Page 70 of the constitution:

New members will take this oath:
“I promise to support and obey the Constitution of this Union, to work to improve the economic and social conditions of other members and other workers, to defend and work to improve the democratic rights and liberties of workers and that I will not purposely or knowingly harm or assist in harming another member of the Union.”